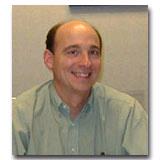 Michael E. Ryan was born on January 18, 1956 in Sacramento, California. He has lived in Amador County all of his life and is a graduate of local schools. He graduated in 1979 from the University of California at Davis, earning a Bachelor of Arts degree in History.  From 1978 to 1990 he held the position of Chief Title Officer for Western Land Title Company in Jackson. Michael and his wife Debbie have two adult sons, Mitch (wife Whitney, daughter Reagan) and Casey (wife Lindsay, son Luke). He is a member of the California Association of County Treasurers and Tax Collectors.  In June 1997, he received a Certificate in Public Treasury Management from the University of Southern California, School of Public Administration.