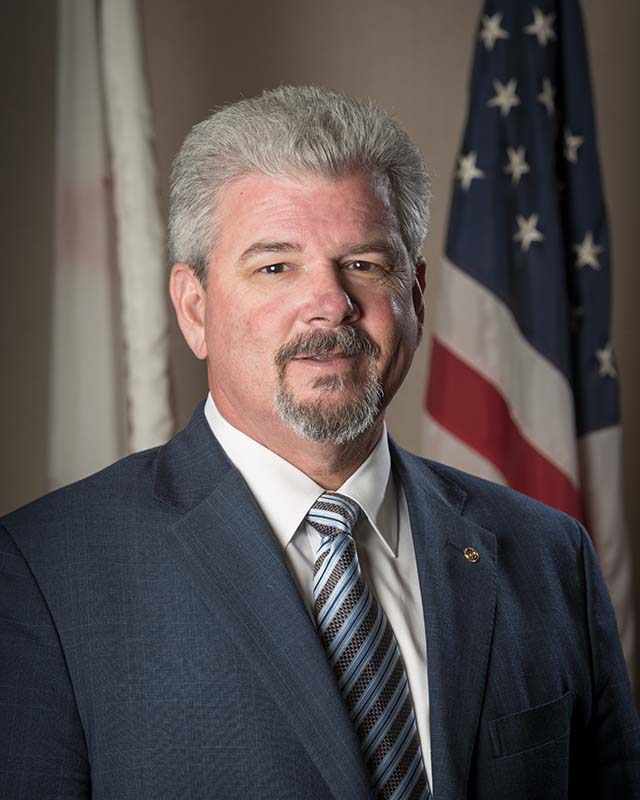 Richard Forster represents District 2 on the Amador County Board of Supervisors.  He was born on July 31, 1960 in South Laguna, California and is a proud fifth generation Californian.  He has resided in Amador County since 1975 and graduated from Ione High School (1978) and the University of California, Davis (1982) with a degree in Agricultural & Managerial Economics.

Supervisor Forster previously served on the Amador Water Agency Board of Directors for 8 years, the Amador County Fair Board for 17 years, the Ione Planning Commission, and the Sutter Amador Hospital Foundation Board.  He is a member of the Native Sons of the Golden West Ione #33, the Ione Business & Community Association, the Preston Castle Foundation, and the Rotary of Ione.  He is a Past President of the Rural County Representatives of California and the California State Association of Counties.

Richard and his wife, Laurie, were married in 1982 and have two daughters.  Lindsey Ferguson and her husband, Rob, reside in Ione with daughters Quinn, Lauren, and Corra.  Tyler Wilkey resides in Ione with her husband, Ryan, and daughter Graycen and son Rhett.

Supervisor Forster proudly represents Ione, Amador City, Lake Camanche, Carbondale, and the rural Western part of Amador County.  He represents two of the five incorporated cities in the County.  He has an abundance of agricultural land and mining areas in his district that have operated side by side as good neighbors for generations.